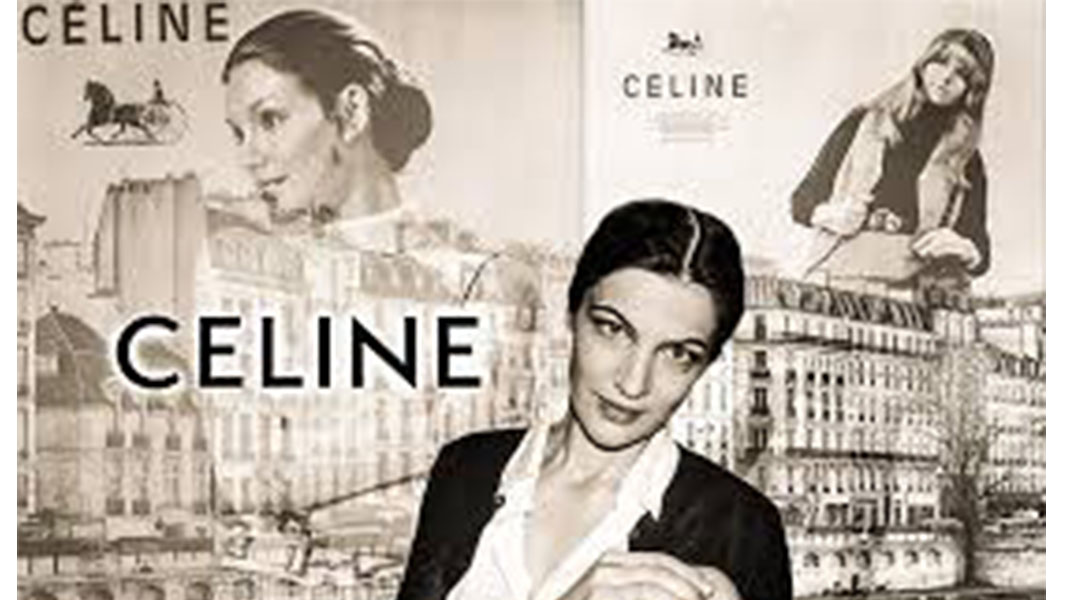 Founders, Céline Vipiana and her husband Richard opened their first children’s shoe shop, located in 52 rue Malte in 1945. The shop was a hit and by 1948 the couple had opened three more stores.

In 1963, Céline Vipiana unveiled a women’s shoe line and branched branch out into ready-to-wear aiming to deliver fashion to the everyday woman. A  sportswear-driven line that revolved around wool skirt suits, fitted shirts, leather vests, and pastel-colored denim.

In 1964 Céline’s first perfume Vent Fou was launched and in 1966 Mrs Vipiana added leather goods including bags, belts and gloves to her business.

In 1973, Céline re-designed the company’s logo with the intertwined “C” Sulky canvas, linked to the Arc-de-Triomphe,

In that same period  Céline began its expansion in the world with the opening of various boutiques in Monte Carlo, Geneva, Hong Kong, Lausanne, Toronto and Beverly Hills.

Céline Vipiana remained the designer of Céline until she died in 1997 at 84 years old. She was succeeded by Michael Kors who left Céline in 2004 to focus on his own brand. Four years later Phoebe Philo took over as Creative Director, a post she quitted in 2018. Since then Céline’s  creative, artistic and image director is Hedi Slimane.

Since 1996 Céline is owned by LVMH group.