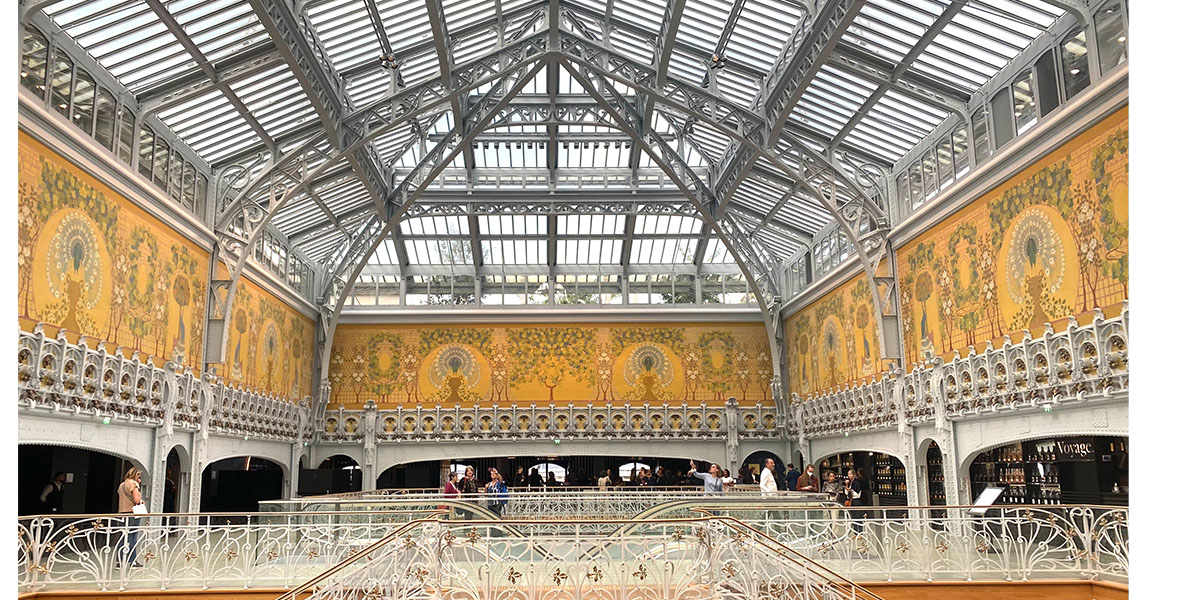 The Architecture is impressive at La Samaritaine. 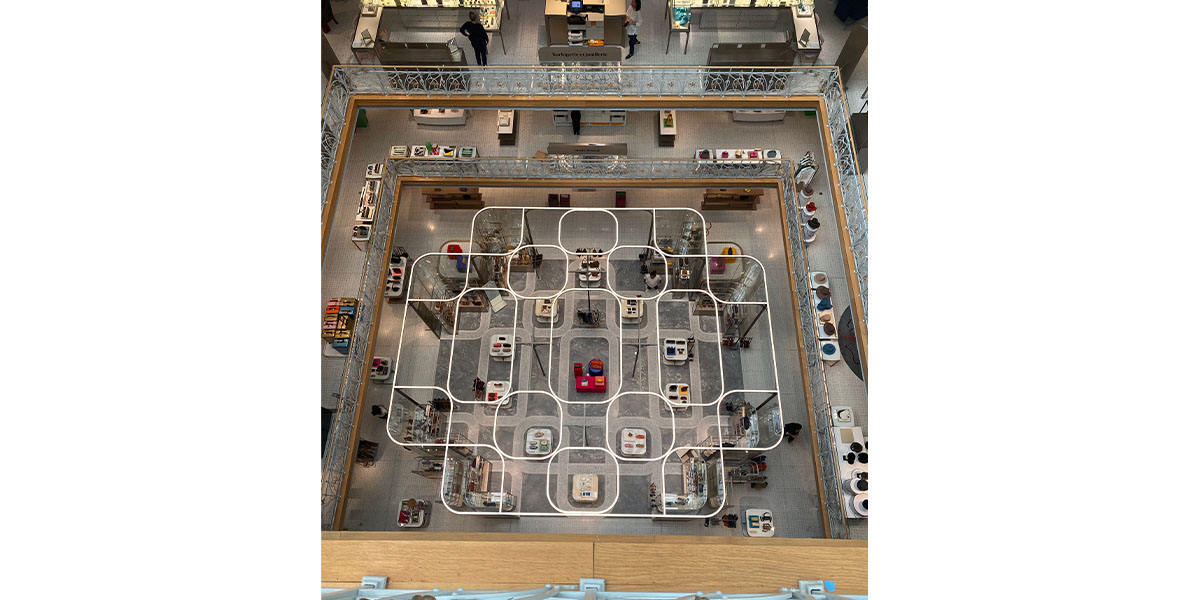 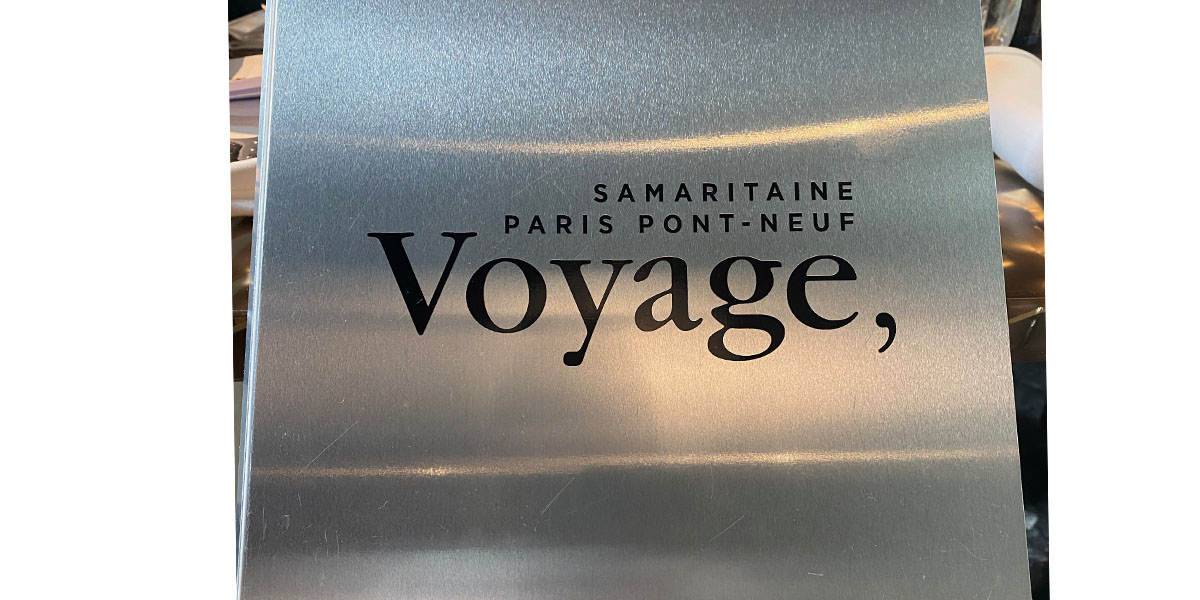 Restaurant Voyage on the 4th floor, has metal menu covers.

French capital Paris signals style and fashion. So when we were in Paris last week we had to visit the large department store La Samaritaine in the 1st arrondissement, close to the Pont Neuf.

Such a beautiful store! Calm and peaceful. It was a real bliss to stroll around and browse what all the fashion houses had to offer for the coming winter.

La Samaritaine is owned by the French conglomerate LVMH since 2001 when they bought it from Ernest Cognacq. In 2005 the department store was forced to close as the building didn’t meet safety codes. In 2012 LVMH was granted permission to start renovating the derelict building which opened to the public in late June 2021.