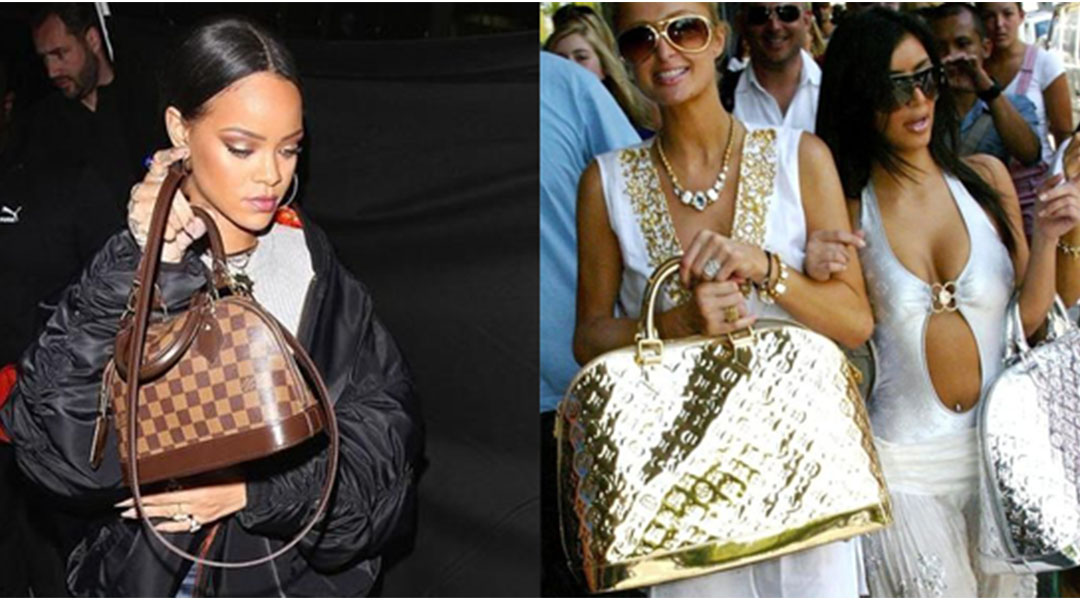 Louis Vuitton’s art deco inspired Alma bag was created in 1934 by Gaston-Louis Vuitton. The Alma was the second handbag by Louis Vuitton, after the Speedy. Rumor goes that the Alma was originally made for Coco Chanel as a custom order already in 1925. Coco gave permission to produce the bag for the public later on.

At first, the bag was called the “Squire bag”. Afterwards, the name was changed to “Champs-Elysées”, after the famous street in Paris. But only the third adopted name “Alma” was a success and has been used ever since. “Alma” is named after “Place de l’Alma”, the tree lined square in Paris, where the Avenue Montaigne meets the river Seine.

The bag was made with functionality in mind, spacious as the bag opens wide due to the double zip and features two inside compartments. The later, and smaller models  often have a shoulder strap top go with.

Alma comes in almost every material available by Louis Vuitton. From classic Monogram to Epi leather, from Monogram Vernis to various limited editions. Next to the different materials, the Alma comes and goes in different sizes. We’ve seen the Nano, BB, PM, MM and GM. Currently, the BB, PM and GM are still in production.