Louis Vuitton’s Capucines bag is named after a Parisian street. 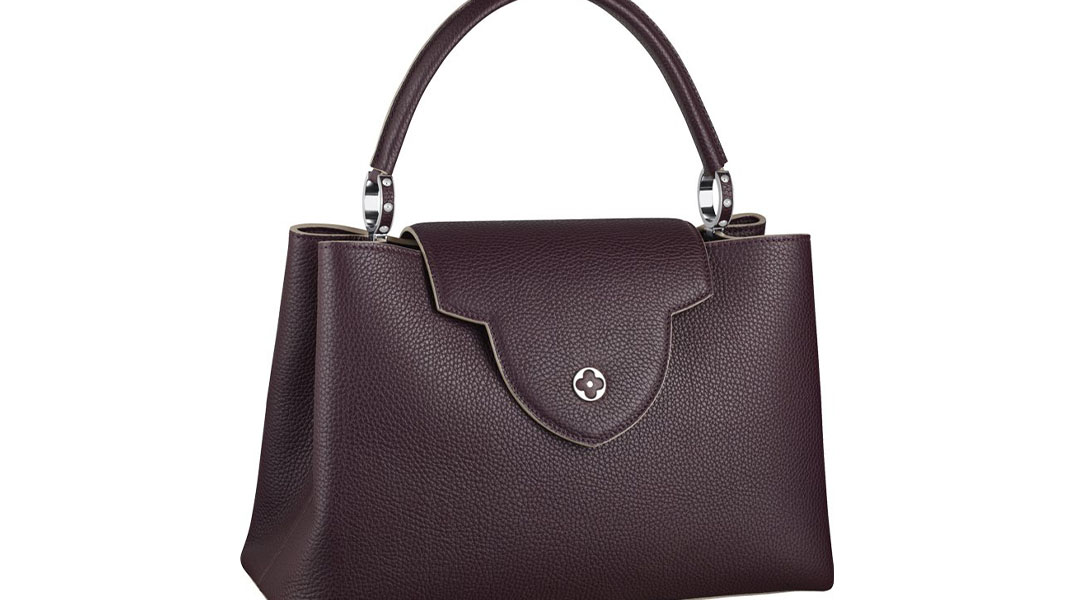 Some designer bags are true classics through their  history and possibly a celebrity that wore it or designed it. Some bags are given names that comes from the fashion house’s  history. Louis Vuitton’s Capucine is the latter, a bag that has been named with reference to its history.

Louis Vuitton’s Capucine bag was introduced in the Fall/Winter 2013 Collection and  exists in three sizes, Mini, BB and PM. this sought-after bag,  is often out of stock  with a long waiting list.

The Capucine bag was named after the street, Rue Des Capucines,  in Paris where Louis Vuitton started their first store in 1854.

This bag is in a way two bags  as it can be carried and worn in two ways. Either you hide the front flap  inside the bag and the LV initials are shown. alternatively you can use the  “hidden” flap and cover the LV initials revealing the  monogram flower.