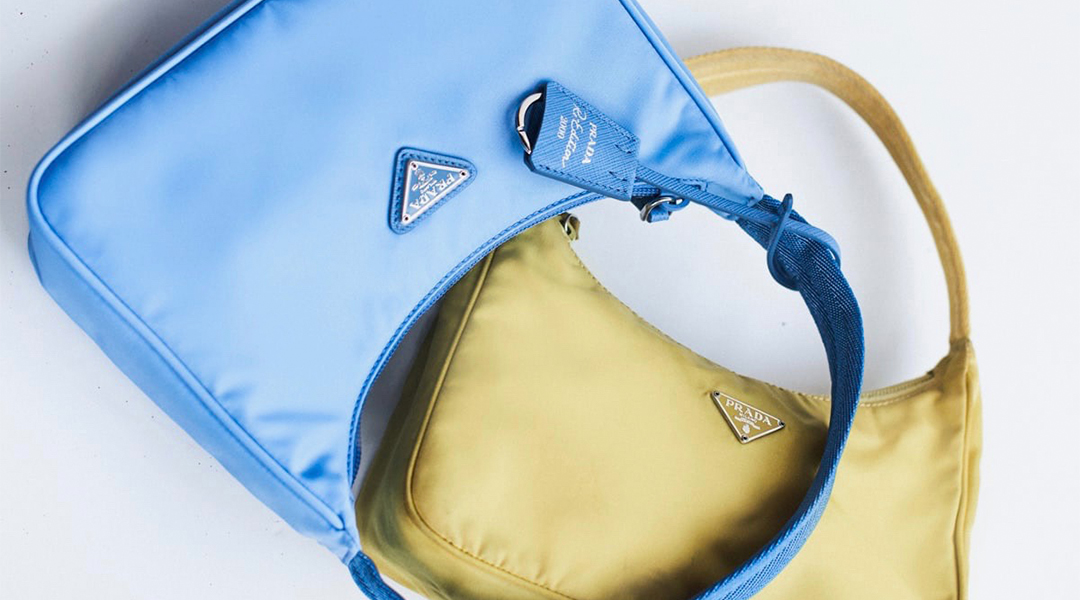 Baguette-shaped with a rectangular touch. Prada’s iconic mini bag bring back memories to the 1990s when the fashion brand’s nylon bags were hugely popular. Now the The Prada Re-Edition 2000 is here.

The shape and size remains exactly the same and while the reissue is nearly identical to the original, there are a few notable differences. the Re-Edition 2000 to be slightly more structured than the original, and the interior is lined in Prada’s classic lining, which not all versions of the original have. The zipper pull on the update is crafted in iconic Prada Saffiano leather and there’s also a removable Saffiano hangtag which reads ‘Prada Re-Edition 2000’.

Dig into your closet to see if you still have the “original” lurking around. If you don’t want to use t, just sell it – the vintage ones will be highly sought after.