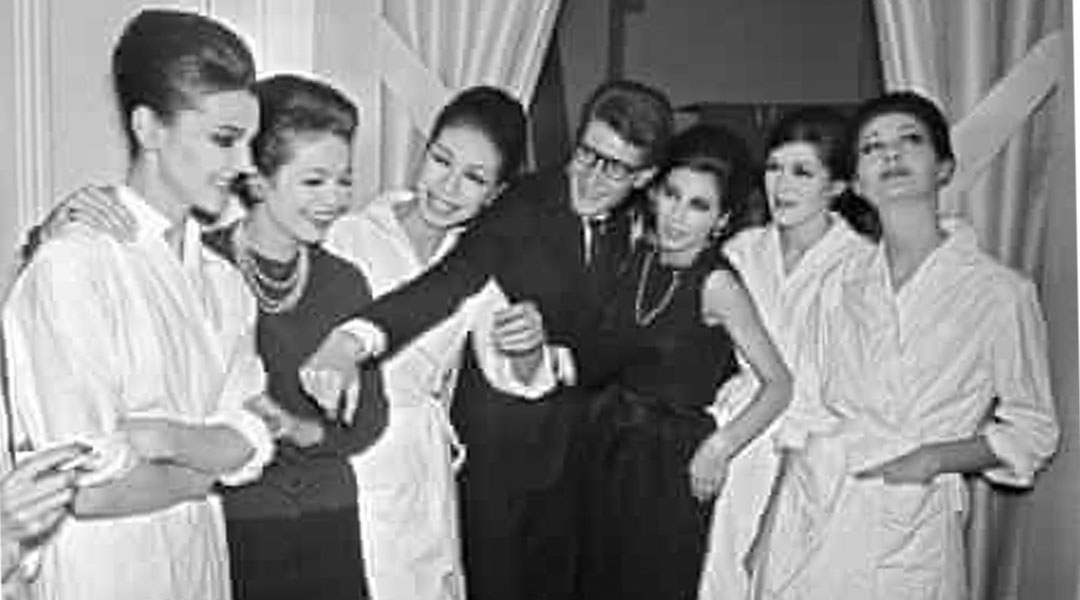 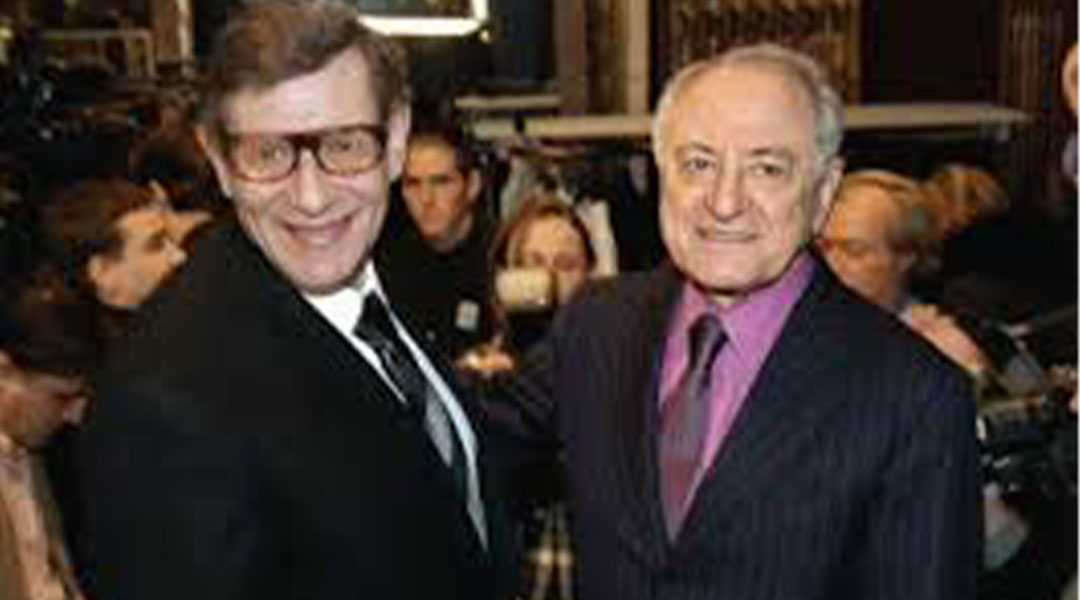 Yves Saint Laurent and his partner, and lover, Pierre Bergé.

Yves Saint Lauren was born in 1936 in Oran, Algeria into a middle-class caring family. Amid his caring family, his childhood was tough as he was bullied by schoolmates for appearing homosexual. This made him a nervous child that was sick almost every day.

Luckily he found solace in fashion and at the age of 17 his mother brought him to Pairs where he met with Michel de Brunhoff, editor of French Vogue. Saint Laurent showed de Brunhoff his drawings of dresses and was introduced to Christian Dior and offered a job at the French couturier.

In 1960 Saint Laurent was called home to fight for Algeria’s independence but claimed  bad health and was discharged from his military duties. Unfortunately, returning to Paris he had  lost his job at Dior.

In 1966 he opened his own fashion label together with his partner , and lover, Pierre Bergé. The timing couldn’t have been better and over the next two decades  models and actresses gushed over his creations. He outfitted women in blazers and smoking jackets.  . His signature pieces also included the sheer blouse and the jumpsuit and he introduced the pea coat to the runway

In 1998 Saint Laurent showed his last ready-to-wear collection and four years later he announced he was quitting fashion.

His last years he spent at his property in Marrakech with his lover Pierre.  Yves Saint Laurent died of a brain tumor in 2008.